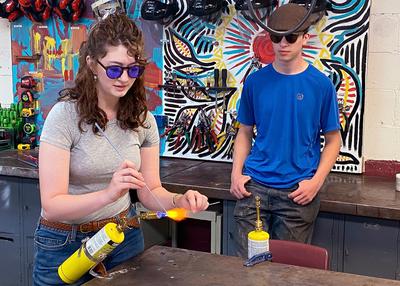 The George Stevens Academy campus was alive with creativity in late May with the return of GSA’s Spring Arts Festival after a two-year hiatus, according to a press release.

The celebration of arts of all kinds kicked off with a performance by dancer and musician Molly Gawler.

Each day concluded with music: a battle of the bands on the first day and a performance by singer-songwriter Caroline Cotter on the second.

The festival was organized by Melissa Rioux, chair of the school’s arts department. Rioux would like to thank the workshop presenters and the scores of staff and volunteers who made the return of Arts Fest possible. 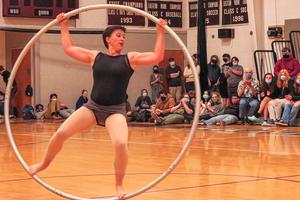 Molly Gawler on a Cyr wheel during a performance that kicked off the GSA Spring Arts Festival in late May. Gawler also taught Arts Fest dance workshops. 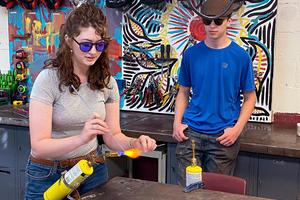 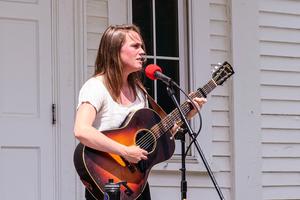