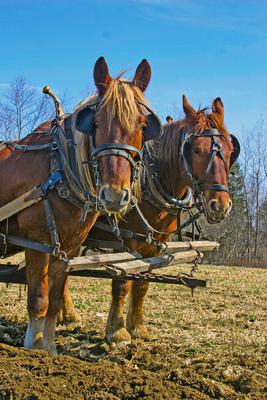 ISLE Theater Company announces the world premiere of Anna Fitzgerald’s Playing Mercury, a medieval-period comedy inspired by William Shakespeare’s As You Like It, with outdoor performances at Horsepower Farm, Penobscot, August 4–14 and digital on-demand to be released in mid-September, according to a press release. Tickets go on sale for both offerings starting June 15 at isletheater.org.

After her father’s failed military campaign in France leaves their English fiefdom in upheaval, Rosalind throws aside her embroidery to lace up her bodice and restore order to the dukedom. In a captivating quest to recover her dad, she enlists the help of her clueless cousin Celia and the fief’s favorite jester, Touchstone, as they venture beyond the confines of the castle. What could possibly go wrong?

While Shakespeare’s plays are revered for their ability to illuminate the human condition, many people find the dated language inaccessible. Fitzgerald’s remedy is to respect the original while modernizing the language. ISLE’s retelling will encourage audience members to reconsider their assumptions while laughing along the way.

Directed by Marvin Merritt IV, a cohort of professional artists from Maine and across the United States will transport the audience back to the Middle Ages in this outdoor production fully staged in and around the rolling fields and spruce forests of Horsepower Farm in Penobscot.

At almost 400 acres, Horsepower Farm is a diversified organic farm founded by Paul and Mollie Birdsall in 1972. Aptly named for its horse-powered operation, the farm offers a range of organic vegetables and fruits, dry beans and free-range eggs. Blue Hill Heritage Trust, the community-based land trust of which Paul Birdsall was a founding member, will assist with hosting visitors on the conserved property to support the production.

Now managed by the farm’s next two generations, Andy and Donna, and their son Drew and his wife Meghan, the Birdsalls are excited to welcome visitors in such a new way. “We enjoy playing an active role in our community and look forward to introducing new friends and neighbors to our farm,” said Donna. “Hopefully, our animals will feel the same way!”

Founded by Harvard University graduates Marvin Merritt IV and Anna Fitzgerald, ISLE Theater Company bridges communities through storytelling in Downeast Maine. Playing Mercury is supported in part by grants from the Maine Community Foundation and the Onion Foundation. Contributions to the production are tax-deductible thanks to a fiscal sponsorship with Blue Hill Community Development.