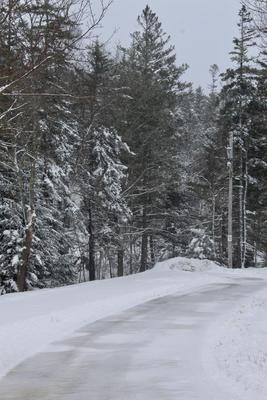 More snow may be left on the roads this year because of a shortage of plow drivers, Peninsula selectmen and town managers said at a November 11 meeting of the Peninsula League of Towns.

The towns formed the league recently as a way to discuss shared problems—and perhaps to solve them together. But there doesn’t seem to be a good solution to the lack of snow plow drivers, they said.

“Everyone’s holding their breath, hoping they can get through the winter,” said Stonington Town Manager Kathleen Billings.

“People are going to be complaining about the roads,” she said. “They’re going to have to expect one-lane roads.”

Blue Hill Selectman Scott Miller said that even if the towns were to share plowing duties, there aren’t enough people to drive the trucks.

“The constraint is, where are the drivers?” he said. “If they’re up for two days [plowing], if you only have so many drivers and they have bigger territories, instead of working two days they work three or four days.” Blue Hill contracts out its plowing services.

Island officials are especially worried about snow clearance. Stonington’s road foreman has resigned to move off-island, and Deer Isle has been advertising for plow drivers for weeks.

Surry Select Board Chair Betsy Armstrong said that one of the town’s residents plows the roads under a three-year contract that’s expiring. He told the town he couldn’t enter into another three-year contract, she said. The reason? Uncertainty about the availability of parts because of supply chain issues.

Stonington Selectman John Robbins expanded on that idea: “When you send out the tax bill, send the shovel free of charge,” he said.