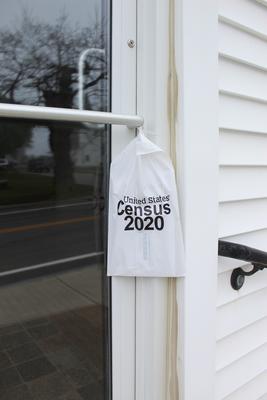 Mainers rank 47th in their response to the U.S. Census, which may cost the state millions of dollars.

Maine has one of the worst response rates in the United States to the 2020 U.S. Census. The state ranks 47th among all 50 states, the District of Columbia and Puerto Rico, according to the U.S. Census Bureau.

As of May 31, 50.6 percent of Mainers responded to the census by phone, by email or online, according to the Census Bureau. That’s less than the national rate of 60.5 percent.

And Hancock County has the third worst response rate among Maine counties. With a 34.1 percent response rate, it’s behind only Piscataquis and Franklin.

One reason for the state’s poor showing is that the Census Bureau suspended field operations because of the COVID-19 pandemic. Since the bureau won’t mail census forms to post office boxes, rural states like Maine have had lower response rates. The Census Bureau announced in May that it has resumed fieldwork in Maine.

Local town officials say they’re concerned that if all their residents don’t respond to the census, they’ll receive fewer dollars from the federal government than they’re entitled to. Census numbers determine how much money a town will receive for schools, roads, health care, harbor dredging, seawalls, foster care and food assistance, to name a few.

In fact, a 2018 study by the George Washington Institute for Public Policy (GWIPP) concluded more than $800 billion in federal money depends on census figures.

Shawna Ambrose is the town administrator in Blue Hill, where fewer than a third of its residents have responded to the census. Ambrose said in a phone interview the census determines funding for all kinds of projects. Healthy Peninsula, for example, is helping the town get a grant for exercise equipment in the park, but that will depend on what the townspeople tell the Census Bureau, she said.

Castine Town Manager Shawn Blodgett said the census determines so many things he couldn’t single out a project for its importance.

“There’s so many things that depend on the census that it would be impossible to come up with a succinct answer,” said Blodgett in a phone interview.

Deer Isle Town Manager Jim Fisher said in an email that one of the town’s biggest concerns is the deterioration of the Deer Isle causeway on Route 15.

“We are working with Maine DOT and Maine Emergency Management Agency to identify funding to raise and reinforce this critical infrastructure,” Fisher wrote. “We need the census of population data to correctly reflect the year-round population.”

Fisher added that the census provides the town with a broad set of indicators about commuting, economic activity, seasonal residences and tourism. But only 27.8 percent of Deer Isle residents have responded to the census.

People can respond to the census online at my2020census.gov/.