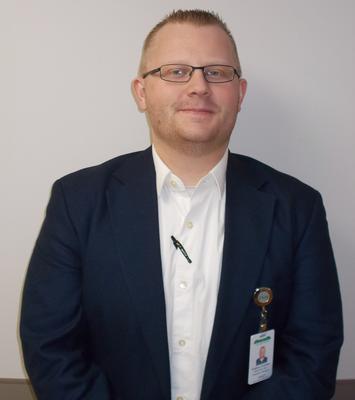 Island Nursing Home (INH) staff and residents are beginning to recover from a deadly outbreak of COVID-19 that resulted in 90 positive cases and led to five deaths as of December 8.

“It seems as though we’ve peaked,” he said. “At least we’re on the recovery side of things.”

Trombley said 59 residents and 31 staff members tested positive. He said he expected from 60 percent to 90 percent of the facility to recover by Sunday, December 13. “Many residents have been mildly symptomatic,” he said. The nursing home has about 85 staff; all but three of the residents tested positive.

“The staff at INH are going through a nightmare,” said Rene Colson Hudson, HIP director and Deer Isle’s COVID-19 coordinator.

How did it happen?

The nursing home had been locked down since the beginning of the pandemic in March. All employees were temperature checked every time they entered the nursing home, Trombley said, and medically screened regularly.

But some people catch the virus and show no symptoms, he said. “How can we stop something we cannot detect?” he said.

An asymptomatic individual brought COVID-19 into the INH from the community, he said. “We’ve asked who the individual has been in contact with, they’re (the person) not willing to tell us,” Trombley said.

The virus then spread quickly. Six people tested positive on the day before Thanksgiving. On Thanksgiving morning, tests showed 21 residents and two staff had the virus. That number increased to 35 residents and 16 staff in just six days.

The staff immediately set about isolating the residents who tested positive, but in the close quarters of a nursing home it was difficult to do any kind of social distancing, Trombley said.

No one was allowed into the nursing area unless they were fully encased in personal protective equipment (PPE): gloves, gown, an N95 mask and a face shield, he said. INH had so much PPE it had to buy a building in which to store it, he said.

The residents who have not tested positive were in private care rooms at the ends of the patient care wings, their doors closed, Trombley said.

But it was a terrible time for the nursing home to lose staff to COVID-19 because of the overall shortage of health care staff and the pressure on the health care system, Trombley said.

“We’re struggling to get staff quite literally from everywhere,” Trombley said. They’ve even asked the Federal Emergency Management Agency for help.

Retired and near-retired medical professionals have volunteered to help, and traveling nurses are also caring for residents, Trombley said. Some staff members worked 12-hour or double shifts, he said.

So serious was the staffing shortage that INH got clearance from Maine CDC to let some COVID-positive staff care for patients. They felt fine and had no symptoms, Trombley said. “Those staff members were able to come through a specific door and work specifically only on the positive COVID unit, not interacting with other staff or intermingling,” he said on a podcast with the Island Health and Wellness Foundation.

“We’re doing everything we can,” Trombley said. “It’s been exhausting.”

Hudson said she was troubled by some people who tried to assign blame for the outbreak. “It shows a lack of understanding in terms of congregate care settings and how incredible contagious this virus is,” she said.

Trombley said INH has been cleared by the licensing division of the state Department of Health and Human Services and by two Veterans Administration inspections. “It doesn’t help the situation,” he said. But, “I don’t want to have our team discredited for all the work they’ve done.”