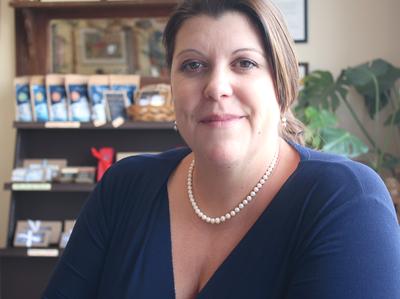 “The bridged and unbridged islands of Penobscot Bay face unique challenges and deserve strong representation in Augusta,” McDonald stated in a press release. “Additionally, we are the heart of Maine’s billion dollar commercial fishing industry and deserve recognition as a source of a significant revenue building natural resource in the state.”

McDonald, a commercial lobsterman, is also the Downeast Region Representative to the Maine Lobster Advisory Council, and said issues surrounding the commercial fishing industry are “a significant part of my platform.”

She has been a substitute teacher at Deer Isle-Stonington High School during fishing’s off season for the past four years and will graduate from the University of Maine this year with a bachelor of arts degree in University Studies, an interdisciplinary major, and a minor in Maine Studies, according to her press release.

District 134 is currently represented by Democrat Walter Kumiega, who is in his fourth and final term. McDonald said Kumiega asked her three years ago to think about running and she decided to do so after participating on a leadership course in Washington, D.C., offered by the Cohen Institute for Leadership and Public Service at the University of Maine.

As a Lobster Advisory Council representative, McDonald has testified before the legislature and attended public hearings, and she has job-shadowed Kumiega several times.

“I am familiar with how the legislature functions,” she said. “I really enjoy collaborating and organizing. I enjoy advocacy. I think it’s important. I think public service is important.”

McDonald grew up on Mount Desert Island and in Blue Hill, started fishing out of Stonington 12 years ago and moved there six years ago after meeting husband Cory McDonald.

“I enjoy being part of a [close-knit] island community,” she said.

McDonald plans to visit—by lobster boat—the communities and islands she seeks to represent and is looking forward to hearing from people in those communities.

“I have some ideas, but I’m waiting for their input,” she said.

She is currently running unopposed, something that she expects will change, whether at the primary or state level.

“I am far more interested in the issues and the interests of the people of Maine and finding solutions than I am in party politics,” she said.