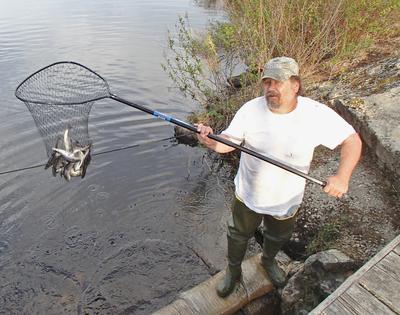 Bailey Bowden on the Bagaduce River in Penobscot.

A lifelong resident of Penobscot, Bailey Bowden spent his childhood on the shore and in the waters of the Bagaduce River, in a time before houses dotted every cove and point and when Western County Road had yet to be paved.

“I just grew up living and playing and fishing on the river,” he said in a recent interview. “It was a whole different time.”

He recalls “hopping in a boat with my father. We’d find live crabs. We knew where we could dip-line for scallops. That’s now illegal, but you did what you wanted in those days. We’d land on an island, steam it all, go beach-combing and call it a day.”

A 1984 graduate of George Stevens Academy, Bowden studied mechanical engineering at the University of Maine at Orono for several years.

“I hated it,” he recalled. “I was happy to get back. I thought about moving away, then I realized how good it is here.”

Bowden went from fishing and recreation on the river to driving a 10-year effort for sustainability and conservation, after the state closed down smelt fishing in the Penobscot River in 2007.

“This really started out of my own desire to catch smelts,” he said, adding that the smelt fishing closure was based on just one study in Bucksport. “That’s when I got involved.”

Bowden was recently honored for his advocacy of the Bagaduce River by the Gulf of Maine Council for Marine Environment, which cited his “exemplary volunteer efforts in the protection and sustainability of the Bagaduce watershed. … A keen observer of the natural world, Bailey knows his efforts are bigger than just one river and the people and animals that call it home.”

GALLERY — Bowden and the Bagaduce River 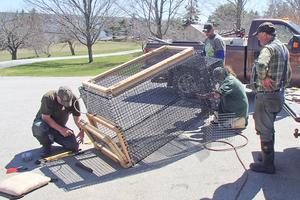 Members of the Penobscot Alewife Committee prepare a trap to use for counting the alewife run in Wight’s Pond. 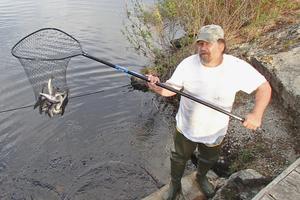 Bailey Bowden on the Bagaduce River in Penobscot.