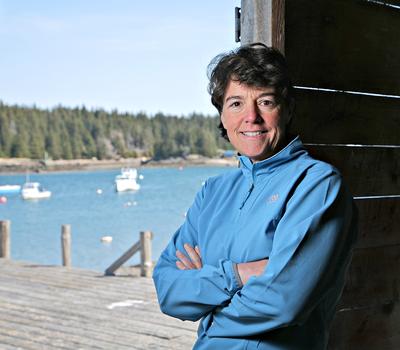 Isle au Haut writer Linda Greenlaw is among the authors who received recognition from the New England Society of New York, which recently announced the winners of its 2014 New England Society Book Awards. The awards honor books of merit that celebrate New England and its culture, according to a news release.

Awards are presented annually to authors of books published in the previous 12 months, in any of four categories: Fiction, Nonfiction, Art & Photography, and Specialty Titles. The winning authors will be honored at a luncheon on April 16 at the Grolier Club in New York City. Greenlaw won in the Contemporary Nonfiction category for her book Lifesaving Lessons.

“The 2014 winners represent excellence in New England-themed writing across a range of subjects, from historical events that served as the basis for the birth of the United States to present-day stories celebrating culture, relationships, and individualism. We are delighted to honor this diverse group of books and their authors,” said NES president Anne Hall Elser. “In essence, they mirror the history and mission of the Society, and its centuries-old connection to New England.”