On Sunday, August 29, more than 200 friends of the Wilson Museum gathered on the lawn at the Perkins Street campus to fete retiring Executive Director Patricia “Patty” L. Hutchins. She has been a presence at the museum for nearly 50 years. 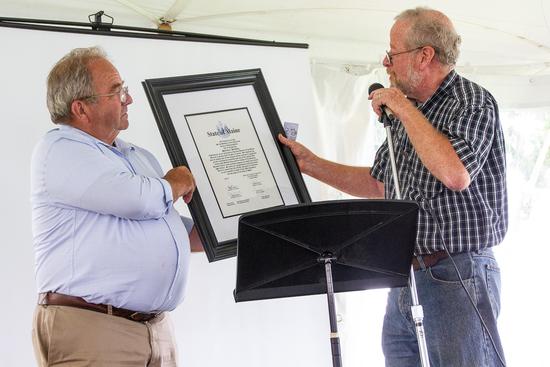 Sherm Hutchins, left, and Temple Blackwood present a Proclamation from Maine’s 130th Legislature, one of the many certificates and plaques Patty Hutchins received in recognition of her fifty years of outstanding service and accomplishment at the Wilson Museum. 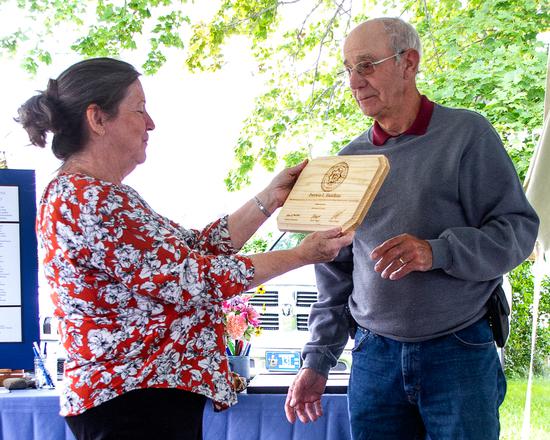 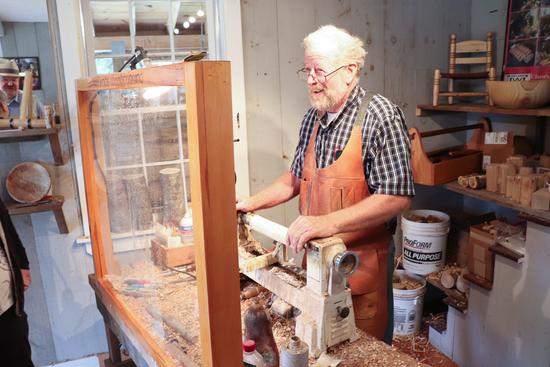 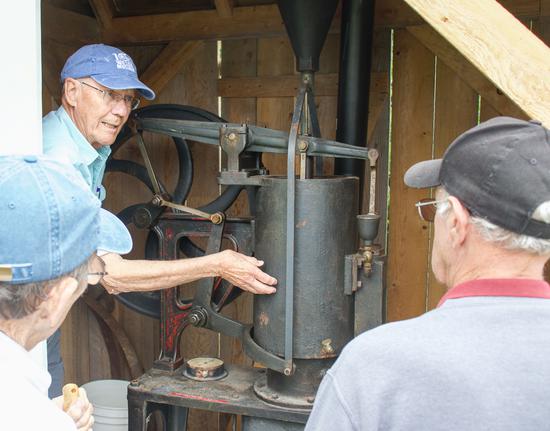 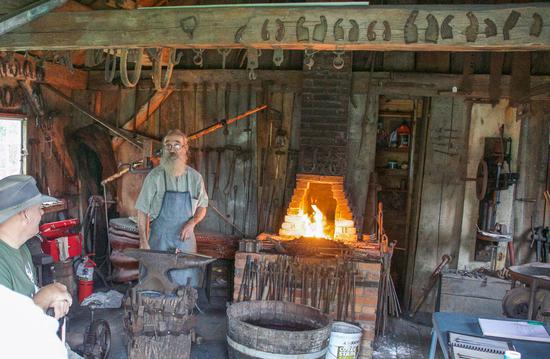 Blacksmith Doug Wilson explains his craft at the Wilson Museum on Sunday, August 29. 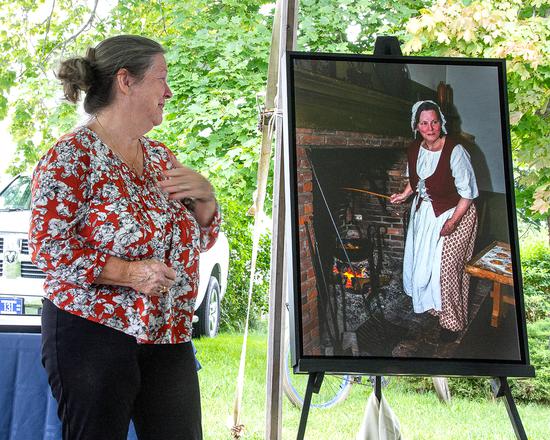 Patty Hutchins admires a photograph of herself making donuts over an open fire in the Perkins House kitchen. The photograph, created by Rosemary Wyman, will hang permanently in the Hutchins Education Center. 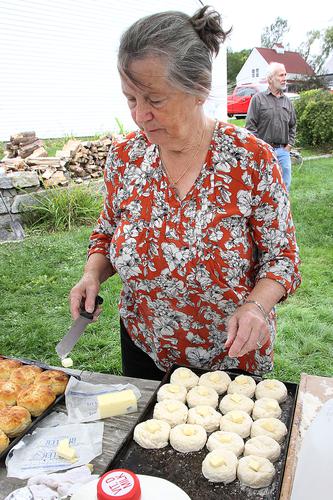 Patty Hutchins prepares some of her extra tasty biscuits for baking in the outdoor wood-fired oven while another golden-brown trayful of biscuits is ready to be served. 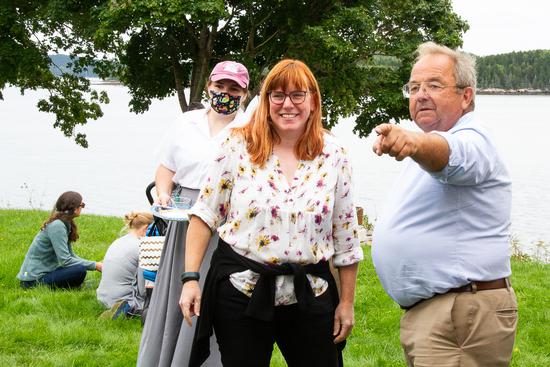